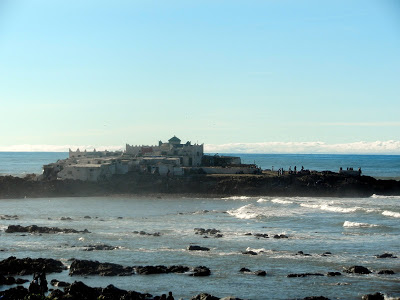 I returned yesterday from a pretty killer weekend in Casablanca. Was not exactly what I expected but ended up going to the biggest mall in Africa followed by a night of live music with friends in the surprisingly sleepy heart of Casablanca. Nothing could have been more different compared to bar shows back in the states. Today's postcards departs from the U.K., spanning the Atlantic with Arlissa, GAPS before arriving in Charleston and finallyOakland with Bells Atlas. If you want to be featured on Postcards send Bochi Crew your music at bochicrew@gmail.com and follow us @BochiCrew

The worldly choral arrangements of the Crystal Fighters have long been an obsession of mine. I continually search for an equally earthy sound but usually turn up empty handed. Finally, I found an artist that has more than expanded on that and I had enough chance for her to land in my inbox. All that searching for naught. Her name is Arlissa and she comes in at the mere age of 20 with an explosive hit in "Sticks and Stones." You may have heard of Arlissa previously due to her notable collaboration with Nas for the track "Hard to Love Somebody." About a year ago Arlissa was working a clothing store in order to buy studio time. In this past year she has been flown out to L.A. by Nas, gotten signed by Roc Nation, and has her debut single "Sticks and Stones" dropping in March. Her debut video for "Sticks and Stones" is set against the fantastical backdrop of Honey Swamp Island, Louisiana. Make sure to pick up Arlissa's single in March.

Another standout from the bay area, Bells Atlas won me over with "Video Star." The quartet boasts a unqiue Afro-Indie-Soul sound. I always love a good song with a political slant and this one fits the bill, the lyrics hit you in the face. Nigerian-American lead singer Sandra Lawson-Ndu was raised on the popular highlife singer Rex Lawson. The soulful vocals of Lawson-Ndu stretch back to the 1960s to echo the popular Nigerian. Band member Derek Barber sums up their music:

"With sweeping string arrangements, intricate mallet lines, layers of soulful vocals, and a hint of hip hop, the song addresses the moment a political campaign speech is given — from both the candidate's and audience's point of view."
-Derke Barber, Bells Atlas

One of my most calming and enjoyable submissions in awhile is GAPS. Hailing from Brighton, UK, GAPS is the result of a friendship between two drummers, some laptops, a guitar, and some red wine. A major perk of GAPS is that while they have not been around for long they seem to be putting out quality songs left and right. Their soundcloud warrants a visit. Most groups strive for as polished a product as possible, often omitting the squeaks, hiccups, and scratches that can make a track feel organic and palpable. GAPS prides themselves on preserving every last scratch.

"One of us sings and records the ideas into the mic on the mac in her bedsit. The other sits in his spare room and edits away. We try to use all the squeeks, clicks and glitches the original recordings offers us. We also record on our phones the background noises outside that we hear and incorporate them too."
-GAPS

Alex Collier's composition of Frank Ocean's "Bad Religion" made me reconsider my automatic dismissal of organs. Similarly, my first visit to Charleston, SC (Collier's hometown) made me reconsider my dismissal of the South. Maybe you will find the same. To be honest I never particularly enjoyed Frank Ocean's vocals on "Bad Religion" so the sweeping instrumental take comes as pleasant relief. Portions that are smothered by Ocean's vocals are appropriately accented this time around. I suppose it is fitting that the video for "Bad Religion" was shot in a Church which only enhances the mysticism of the instrumental cover. "Bad Religion" is part of Collier's new release King of Instruments includes instrumental covers of Bon Iver's "Perth" and Kanye's "All of the Lights" to name a few. The whole album is the result of a collaboration with the Jingle Punks Hipster Orchestra. Scoop King of Instruments on iTunes.