Showing posts from August, 2012
Show all

Electric Guest has been killing it now over the past few months, garnering much buzz along the way. These guys served as the soundtrack to my cooking this summer so it's nice to hear some more out em. Their cover of "Ritual Union" by Little Dragon stuck out browsing through this weeks tunes. Gotta love the sense of funk and rhythm that pervades throughout the track. Check out some more here.
Post a Comment
Read more

It has been a long long time...

Apologies for the lack of posts, I myself have been on the road for the past week without computer access. I am assuming the same can be said for the co-author of Bochi Crew. As a result of the travelling I also have not had time to scour the internet in search of the next track. Put the music on shuffle quite a bit on the drive across the country and found some older tracks that I had forgotten about. Poppy and punky seems to be the unifying theme in the tracks that got my attention again. Enjoy the tastes of old (really only last fall). Zimbabwe by New Navy
Post a Comment
Read more

The Best You Will Hear for a Long Time

By The Thirsty Threesome - August 11, 2012
More Milwaukee music for ya. Nom De Rap is composed of Rory "Milo Calrissian" (gotta love the reference to Lando Calrissian"), Nick "Nicholas J," and Nick's brother, Andy "AD the Architect." Nom brings a refreshing vibe, smooth beats, and lyricism where it has been lost in the hip hop. Interestingly, all of their beats with the exception of "Top of the Morning" off their album Greatest Hits Vol. 1 come from the late producer Nujabes's soundtrack to Samurai Champloo. The lyricism of these guys is just outstanding, often philosophical, witty, and clever. "Life Lessons 101" is a more somber, introspective track but the backing beat with the rhymes is just too good. "Process" is more about keeping on keeping on. Additionally, an interview from a year ago with Radio Milwaukee is thrown in with the tracks (check the last track on the in-studio performance, "Rock a Breast Pocket and it's Still a Good Loo
Post a Comment
Read more 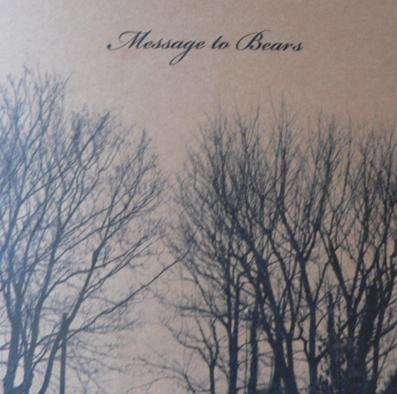 Put the headphones on for this one, the crappy built in laptop speakers won't do. Message to Bears drops a low key key track with "Farewell, Stars." Jerome Alexander has a very similar sound to another great of instrumental post-rock, Olafur Arnalds. Fitting with the music, Alexander is known for his low-key CD releases. His first release, EP 1 quickly sold out as did his second, Departures which was packaged in a minimal brown paper bag and tied together with a string. "Farewell, Stars" comes from his newest album, Folding Leaves , released in January 2012. I especially enjoy the use of the birds in the background of "Farewell, Star." Discovered he had his own cover of "Wolves" by Phosphorescent so through that in for good measure too. Happy listening and take in the late afternoon rays with Jerome Alexander.
Post a Comment
Read more

I'm In Between Jobs. Time is scarce today so a short post. Am going to see M83 tonight so in the spirit of the show that'll be the song of the day. "Wait" - M83
Post a Comment
Read more

The Polish Ambassador is about as bizarre and ambitious as they come. Boasting an 8 hour plus discography (which he gives away for free at his website , the Polish Ambassador remixes and makes music across the genre spectrum. My personal favorite is his take on the West African track "Snimbe" by the group Tama. The Polish Ambassador's shows are marked by crazy mashing of every genre imaginable and are built from a huge collection of original drum, synth lines. I wish I could find something more about Tama but I did not come across much in all my searches.
1 comment
Read more

Probably my favorite EP of the summer thus far...

Another heavy hitter from Sweden, The Royal Concept drops phoenix-esque vocals over bright, oscillating synth lines. It is just unbelievable how much like Phoenix these guys sound. Initially came across these guys in early June but due to their "Goldrushed" looping through my head week after week, I figured it warranted a post. I am very surprised that the Royal Concept has not garnered more buzz than they already have. Their The Royal Concept EP is impossible to choose a favorite from, with no songs warranting skipping. Stream their EP here . In many ways they seem similar Atlas Genius which have blown up as of late across the blogosphere. Both artists included for your enjoyment.
Post a Comment
Read more

Big, big, big, big, big news, the exfm player just got added to the site it should be floating in the lower right corner). We will try to keep some good tunes qued up including ones we have not had time to blog about. Expect a combination of already blogged tunez as well as new tracks that could later be blogged in more detail. Again, if you have suggestions or bands you want to see up here just drop us a comment.
Post a Comment
Read more
More posts