Showing posts from October, 2012
Show all

As of late Bochi Crew has neglected the folk genre. Seattle proves the strength of its folk scene through and through with this weeks featured artist Kevin Large better known under his Moniker of Widower. The eloquent dips of the slide guitar, punching banjo rolls, and packed voice of Large create a driven ballad in the track "This Mess Again." I cannot help but be reminded of Cold Roses and Jacksonville City Nights by Ryan Adams with this track. "Lucky Bastard," marked by Large's slurred vocals bear more of a resemblance to "Upward Over the Mountain" by Iron & Wine. As far as I know, Widower is far from new and I am very surprised that he has not garnered more buzz (one of the drawbacks I guess of living in city saturated in folk music). "Oh Catherine, my Catherine," just dropped October 18th and can be found for name your price here . Widower's first EP is available here for only $5. This Mess Again by WIDOWER
Post a Comment
Read more

Recently generating a lot of noise, Vienna born/London based producer S O H N has entrapped me in his dark web. The track "Warnings" conjures up strong similarities between The Weeknd and S O H N. It is fitting that the line, "If it comes back to haunt us," figures prominently and repetitively in the song. Throughout the course of the days after first hearing S O H N, I often found myself on runs feeling helpless with the "The Wheel" running through my head, desperately wishing I could listen to the song. "The Wheel" also opens with one of the most chilling lines I have heard in a while: "I died a week ago/ There's nothing left/ It's caught on video/ The very last breath/ The very last breath." Delicate is the only word I can think of to describe his vocals and lyrics. As in "Warnings", verdant background instrumentation lulls the listener into a state devoid of reality in "The Wheel" and "O
Post a Comment
Read more 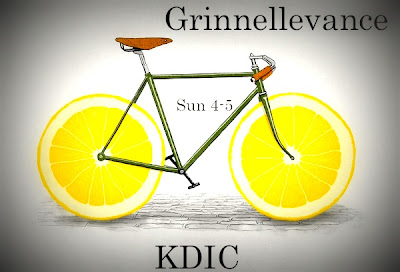 This semester I joined a radio show with two friends titled, "Grinnellevance." The show airs every Sunday afternoon from 4-5 on KDIC 88.5 fm. If you are not in the Grinnell area you can stream it from the KDIC website . In an attempt to create a connectivity between my work with Grinnell radio and this music blog I thought it might be useful to post my portion of the setlist each week. The first installment contains tracks from Sigur Ros member, Kjartan Sveinsson, Ba$$y, Dan Croll, and Mansions on the Moon.
Post a Comment
Read more

Sounds of the Maghreb

Raï music reflects the diversity of the Maghreb, blending elements of Berber, Spanish, French, and classical Arabic musical styles. The style initially emerged from Algeria's port city of Oran in the 1930s and has since become wide spread. The genre has expanded from being a male dominated genre to the inclusion of many prominent female singers. The complexity of the music is also reflected in the complexity of its reception in the Maghreb. Often criticized for its controversial and suggestive lyrics, Raï singers and followers came into conflict with Salafists, mainly in Algeria. In the 1980s this conflict in Algeria spawned what became known as the "Raï Generation." It is amazing to see the diversity within the genre, from the more traditional Cheb Hasni to the genre pushing Digital Bled. Raï has quickly become one of my favorite genres. The constant rhythm punctuates throughout while not overshadowing the eloquent vocals of the Cheb (singer). My favorite ou
Post a Comment
Read more
More posts