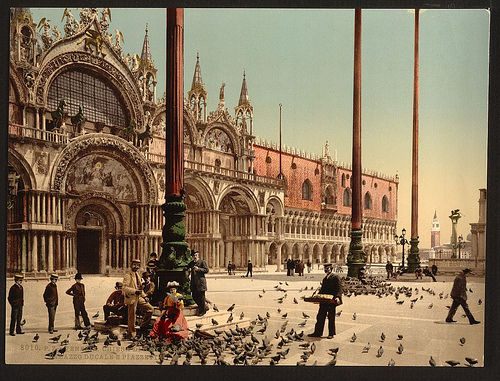 Postcards this week takes us from Australia to Alabama to Italy. Featured are The Honey Pies, Beach Weather, and Australasia. If you are a band or just a fan and want to see some of your music up here email us at bochicrew@gmail.com and you might just see it up here in the Postcards feature.

Producing one of my favorite albums of the year, the Australian group, The Honey Pies will start us off. Hailing from Adelaide, these guys have made a big splash in the Australian music scene and hopefully will do the same in the states. Their new album Coconuts just saw its release. I haven't found an album with so many different sounds in a long time. They sound like Albert Hammond Jr. on some tracks, Okkervil River on others, and even like the Head and the Heart at times. In the coming week look for an interview with The Honey Pies on Bochi. In the meantime pick up Coconuts.

Delivering us from the dreary half-hearted winter here in Iowa to the warmth of Mobile, AL is Beach Weather. Only 20 years old and already an adept musician, Henry Armbrecht took a big step away from his former project henryhenryhenry with Beach Weather. Henry says:

"I started making the music that I wanted to make as opposed to what might get kids dancing at shows."

The mellowed-out, trance-inducing "Breach" is a testament to that decision. Interestingly, the name Beach Weather derives from a pervasive memory of Henry's of being at his beach house as the sun burned off the early morning fog that clung to the pier. "Breach" certainly captures that ephemeral image. Show your support for Henry by picking up some of his tracks off of Bandcamp.

Representing Italy in this post, Australasia champions an intense mix of post-rock, metal, and lush instrumental bridges. I think they say it best:

"Here subterranean streams alternate with tidal waves, turning into cinematic pictures that can last just the blink of an eye."

"Apnea" comes off of their new release "Sin4tr4a" and can be streamed and purchased here. Australasia's sound strongly reminds me of Yndia Halda as well as Caspian.