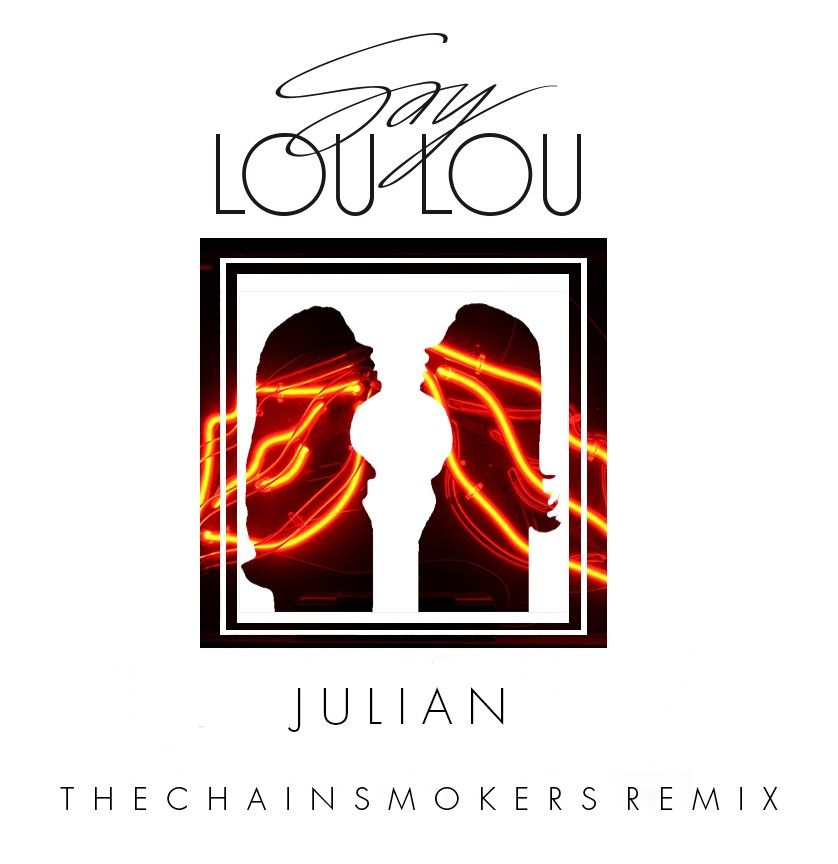 We have started to latch onto a few artists here over at Bochi Crew and The Chainsmokers are one of them. I think the others are pretty obvious too but if you haven't caught on we absolutely love Mary Cassidy & Jon Lawless, Trails and Ways,Tree, and Bells Atlas. Moving forward from our love affairs, The Chainsmokers have dropped another thumpin' revamp with Say Lou Lou's "Julian." In my last write-up on I lamented over the loss of my headphones which saw there demise at the hands of The Chainsmokers, "Medicine" remix. If these remixes keep on coming I fear that my ears might follow suit as The Chainsmokers are certainly a duo that gets better with volume. Some words from the duo and tunes follow below.

"So Play it at a nice level, cause it'll make you feel like doing something, maybe not dancing, but something special... In our eyes not to sound cheesy, it doesnt matter if you like Mumford, or W&W this song creates a feeling that hopefully in some way connects everyone and summer is here, and this drop is that summer feeling... "
-The Chainsmokers

We are feeling so good about the track we included the Monsieur Adi remix (the version The Chainsmokers first laid their ears on) and of course the original.