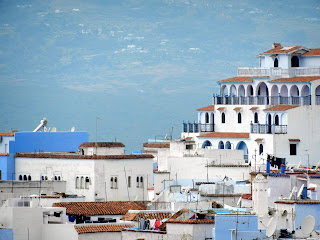 The aim of the Postcards feature is to promote the best of submissions for the past week. Well it has been well over a week since the last Postcards feature. I returned last night from a week or so of travelling in the south of France and made it a point to not bring a computer. While on break I wanted to take a step back from the blog in order to be refreshed when I returned. Normally the Postcard feature only highlights three artists but today will be an exception. Postcards X will be a bundle of the best, just think of it as the postcards being delayed in the mail. Excuse me if the write-ups aren't quite as eloquent or long-winded as they normally are, we have a lot of songs to work through in this post.

The slow, mellow vibe is going to keep going strong for a bit before we pick it back up with tropical flare. I first heard Keaton Henson when he released, "To Your Health," a chilling and emotional tune. "Teach Me" provides more of the same with a fantastical spin put on it by The Album Leaf. Henson certainly has a knack for crafting tracks with goose bump inducing vocals and lyricism. Take for instance,"I'll learn not to look at you with scorn/ If you promise never to have been born." Birthdays, the sequel to the critically acclaimed, Dear... saw its release nearly a month ago. Not surprisingly, the accompanying UK Tour sold out. Upon entering Keaton's website you are greeted with a promotion of the new album that reads, "The album 'Birthdays'is out now. I have worked hard and believe it means something." I would more than agree with that statement. Pick it up here

E.R.A. is an acronym for Every Rapper's Antagonist. A bold statement for sure but one that has some validity in the track "Never." E.R.A is the son of two migrants from Sierra Leone and he says that this aspect of his being is intertwined with his music. I think more than many other artists, E.R.A seeks to reflect his life through his art. Spin "Never" a few time before moving on to the next offering. Find The Dream Act available for name your price (I think the album art alone warrants a download).

I posted "Video Star" from Bells Atlas a month ago and since the Oakland group has released a new one titled, "Loving You Down." Derek from Bells Atlas describes the track as follows: ""Loving You Down" refers to the weight of attachment that is involved in a relationship. It is about a woman near the end of her life who is revisiting some painful memories and deciding to re-craft the telling of her life story." Take a listen and let the tale sink in.

Out of Seattle by way of L.A., 23 year Robert Dale, known by the moniker of Belgian Fog, creates a catchy tune with "Wait for Help." Dale's vocals remind me a bit of Astronaut's, Etc., moving into a TV Girl-esque chorus. Taking the wise, money-saving approach, Dale has got the whole production production process down pat, recording, mixing, and mastering all from a home studio. Viva la bedroom producer!

Cave Painting's, "Gator" saw a shit ton of airplay from me during spring semester last year and late into the summer. I was pleased to find their newest sitting in my inbox last week. If I had "Rio" on vinyl it might very well already have a groove worn into from too frequent of play.

Throw in a little Oberhofer, Animal Collective, and Wild Nothing and you get Yon Yonson. The band name makes me think back to elementary school and the common recitation of:


Man, elementary school was a good time, what with nap time, snack time, and recess and all. .

These guys do everything I ever wanted to do. The new video for "Born to Ruin" had to be incredibly cathartic to make. How could smashing televisions, nearly streaking, making out by fires, and spitting vodka like a fire-breather not be? Give me some of that. Their new album ...On the Heart just dropped and they do a pretty good job of describing how it came together:


…On The Heart is a record about the engine that drives us and carries us along that road…it is a love letter, an essay on the HEART: everything it does for us, to us, how it hurts us, helps and keeps us going. We put our hearts into making this thing, completely, with all the violence and romance we could muster. We recorded a bunch of the songs with brilliant producer and audiophile Peter Katis (Interpol, The National), someone we’ve had our ears on for a very long time. We lived in his home, ate his soup, petted his cats and made music with our minds wide open. We recorded the other bunch with producers Gus Van Go and Werner F (The Stills, Hollerado), two extremely talented guys that opened up a completely different set of doors. Then we took it back to Peter and hunkered down to mix. It’s a call and answer to our last album. It answers a lot of the questions Strike Hard, Young Diamond asked, and presents new ones. …On The Heart

Another catchy number makes it way to this post through Arch Woodmann. "I Should be Fine" bumps along and makes for a good track to sway to with a drink in hand in the early glow of summer. Arch Woodmann call Platinum Records home along with a number of other talented artists. Why not give it a look?

We are going to close out with perhaps the most infectious song in this post and perhaps the most infectious track posted on BC this year. "Carolina" boasting a beautiful back and forth bantering between Mary Cassidy and Jon Lawless. Both call rural Canada home where in addition to producing great tracks as a duo, they play in the group First Rate People. The two are buglers but oddly had to procure a trumpet for the track through an ex-roommate's ex-girlfriend. Expect an EP in the coming months! That chorus "I'm driving and you're just stoned," will be in my head for the rest of the night I have a feeling. That is all for Postcards this week. Hope you enjoyed the bundle and look back next week for some more mail.