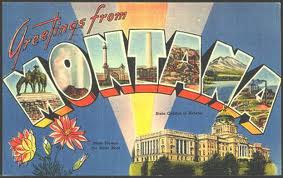 Week two of Postcards feature here on BC marks another week of strong submissions. Making the top three for the week are Thomas Azier, Eliza and the Bear, and Cajoline. The featured artists fall into the genres of electronic pop, indie rock and nu-disco. As always, keep the submissions coming!

The young German producer Thomas Azier (only 24) drops a verdant track with the release of "Angelene." "Angelene" comes as part of his newest project Hylas 002 which is the second installment of his trilogy. The third and final release of a full album is slated for next summer. In the meantime look for Azier to be lighting up the European tour circuit. I have two copies of Hylas 002 on 10" vinyl for a reader giveaway. The first two to email us at bochicrew@gmail.com with their favorite track from hypem during the past week and a pic of a cool looking postcard get the free swag!

Eliza and the Bear

The track "Upon the North" landed in my inbox early yesterday morning. The five-piece from London only formed in 2011 and have since crafted an optimistic, fresh sound. Look for the release of an accompanying video for "Upon the North" after the turn of the year in addition to a Double-A side on February 25th. "Brother Boat" and "Southern Wild" are worth checking out here and here.

The last featured artist, Cajoline, hails from Paris, France, the city of light. Their track "Only Girl" strikes a resemblance to "Cool" by Le Youth. Certainly a track to nod the head to and groove regardless of what you are doing. Cajoline's polished product is even more impressive when you consider that this is their first release.